#16DaysOfActivism: Can you get reliable information about safe abortion, in your language, online?

This blog post is part three of our #16DaysOfActivism: Reproductive injustice is violence against women in digital and physical worlds series, to be published weekly along the #16DaysOfActivism campaign. Read part 1 and part 2.

Access to accurate information about sexuality, contraception, and safe abortion is key to exercising reproductive rights. Abortion rights activists have found the Internet to be a great ally in facilitating access to knowledge through a wide variety of media: from websites and social media; to help lines runned by volunteers and chatbots.

But in the context of criminalization, poor access to sexual education, a rise of online mis- and disinformation, and the fear of being surveilled when you contact a reproductive health provider, reliable information online is increasingly difficult to find, especially to those who need it the most. And, if we look at the problem from a knowledge justice perspective, it gets worse.

Abortion: an important subject on Wikipedia

As we often do at Whose Knowledge?, we take Wikipedia as an important proxy of how information is created and disseminated online – for whom, by whom, and what pieces of information are (un)available. What happens when we want more information about reproductive rights, particularly abortion, on Wikipedia?

According to Wikipedia editors’ community consensus, abortion is a subject that must be covered by Wikipedia – it’s included in the list of 1,000 vital articles that every Wikipedia should have. If possible, it should be a featured article. But a critical lack of information about reproductive rights exists in more than half of the Wikipedia language versions. In 2022, there are 142 articles about abortion in different languages but Wikipedia has +300 languages. The only good or featured articles about abortion are in German and Croatian. Going a bit deeper, the information about abortion by choice varies among Wikipedia languages. Some Wikipedias include a section in the main article about abortion. Only eight Wikipedias have a specific entry for this subject (eight for abortion by request, one for elective abortion).

Language justice and access to context-specific information on Wikipedia

With the reverberations of the Roe v. Wade overturning, Wikipedia entries about abortion received a spike in visits. In June 2022, the entry of abortion in all languages raked up nearly 440 thousand pageviews, with 72 thousand views alone on June 25, and 161 thousand views in English Wikipedia. The top ten most read Wikipedia articles on abortion were the entries of Wikipedia in English, Spanish, German, Portuguese, Italian, Russian, Polish, Persian, French and Arabic. The majority of these languages are rooted in Western colonialism, or are dominant languages in the territories where they are spoken. Furthermore, Wikipedia articles in colonial and dominant languages tend to be biased towards reflecting the realities of hegemonic countries and cultures. In fact, the entry in the English Wikipedia on “Abortion” has been marked by editors with a message indicating that “The examples and perspective in this article deal primarily with the United States and do not represent a worldwide view of the subject”.

But many languages and languages families that are spoken by a significant majority of peoples in their region and countries – and are therefore the languages spoken by the majority of the world – are marginalized languages online. What can you read about abortion and reproductive rights on Wikipedia, if you speak some of these languages?

In Kiswahili, the entry «Utoaji mimba» is informed only by references in English, and most of them refer to the term “feticide” – which indicates a conservative and problematic view of abortion rights. The Aborsie entry in Afrikaans is focussed mainly on the “dangers to the mother” and the risks of abortion, alluding to similar biases in information. There is no Wikipedia article for abortion in important Africanl languages, like isiZulu, Yoruba, Luganda, and Kinyarwanda – just to mention a few examples. And even when English, French, Portuguese and Spanish are broader colonial languages understood by millions in Africa, reproductive health and reproductive rights in African countries are poorly represented or absent in those languages.

These profound disparities in online content availability – the range and reliability across languages – make accessing accurate information on reproductive rights even more difficult for women who already experience different interlocking forms of marginalization and exclusion.

During this year’s #16DaysOfActivism campaign, we wanted to offer a different approach to understanding the violence meted out against women’s and gender-diverse bodies, especially those seeking abortion services. Current conversations about gender-based violence can’t ignore the historically violent facts that have led to women’s bodies and their reproductive capacities being controlled by the state and corporations in the name of religion and capitalism.

Being able to exercise bodily autonomy and bodily rights is an ongoing fight for the reproductive justice movement, and the ways our bodies are tracked, surveilled, and often policed online is another aspect of the discussion. The online and offline reproduce each other – the social and state-sanctioned stigmas around accessing abortion and sexual reproductive services is mirrored in the lack of reliable and accurate information on Wikipedia about abortion.

We need to approach technology from a decolonial frame, constantly analyzing the flows of power and money. We need to ask ourselves: who makes the crucial decisions that allow for the internet to be a predatory data environment, and why? Whose ways of understanding the world and practicing feminist solidarity are left out of this process? Whose “moral” frameworks allow for unsafe abortions and violence against women?

While in solidarity with our feminist friends in the United States, decentering the US and recentering our many rich and varied contexts across the rest of the world allow us to challenge and celebrate differently. 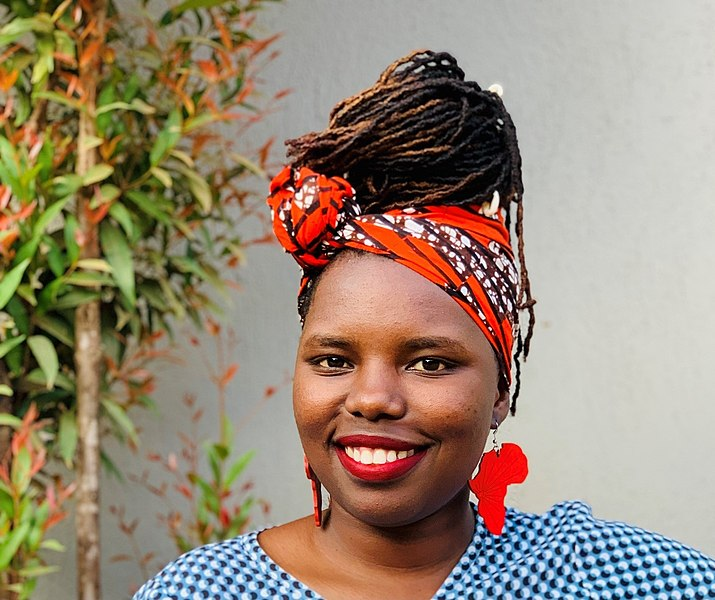