We’re piloting resources and methods for centering the knowledge and expertise of marginalized communities in Wikipedia’s online knowledge repository. In partnership with Whose Knowledge?, pilot communities – including Dalits from India and the US, queer feminists from Bosnia and Herzegovena, and Kumeyaay Native Americans – have led the way in mapping their own knowledge to find critical gaps in Wikipedia, and then creating and improving related content to fill those gaps. Community organizers have powerful things to say about their truth and experiences working with the Wikimedia movement.

Equality Labs has been part of a collective organizing Dalit History Month for several years, with an aim to share the contributions to history from Dalits around the world. We’ve partnered to support Dalit organizers based in the U.S. and India to support mapping Dalit knowledge, compiling sources, and adding content to Wikipedia via several international edit-a-thons.

Partnering on queer and feminist knowledge production in Bosnia and Herzegovina, image by Dondolids CC-BY SA 4.0 from Wikimedia Commons

Okvir is a feminist LGBTQI group in Bosnia and Herzegovina.  They have been collecting digital histories for a queer archive, beginning with stories from activists and others about the 1990’s war. We’ve partnered to support queer organizers in mapping their knowledge to fill gaps in Wikipedia. 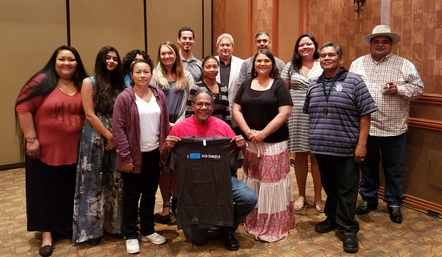 Sources for Kumeyaay and California history