Decolonizing the Internet by Decolonizing Ourselves: Challenging Epistemic Injustice through Feminist Practice 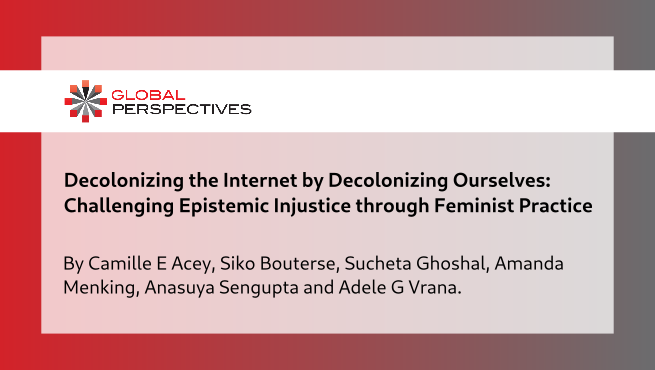 « Seventy-five percent of the world’s online population is from the global South, and nearly half is projected to be women. Yet public knowledge on the internet – exemplified by Wikipedia – is primarily constructed by (white) men from western Europe and North America. One in ten Wikipedia editors are estimated to self-identify as female. In other words, the internet of the majority is produced by the minority. But Wikipedia is only one example of the deeply skewed experience of the internet: from the design and architecture of the internet, to the production and reproduction of knowledge on the internet, this globalised “public sphere” not only reflects the structural and representative inequalities of our world, it can, in many ways, amplify and deepen them. Still, the internet’s socio-technical nature can also engender potentially emancipatory processes in which communities on the “margins” of both the physical and virtual worlds can produce and curate their own knowledge online. »

Back to Publications
Back to All Media