How Whose Knowledge? is walking the talk to create feminist organizational practices

Whose Knowledge? (WK?) has committed to give life to the principle of plural ways of knowing, doing, and being. WK? does this by putting in place institutional arrangements (policies and resources) that would allow for the deep work to surface difficult dynamics in internal practices and to collectively try out new strategies and learn from them. This blog is a reflection of some recent journeying to centre, as part of Whose Knowledge?’s mission, a set of collective practices in which love, respect, and solidarity are ingrained in all our work and dynamics.

Globally, there has been increasing focus on the practices of feminist, social justice and human rights organisations. In the wake of the  #MeToo movement and #BlackLivesMatter,  pro-democracy protests in Hong Kong, India, and Brazil, and #StandingRock, there have been increasing calls for global reckoning, which reshapes our consciousness in regards to the many ways that inequality is historic, structural, and violent.

Yet, how this violence plays out in social justice organisations is often not named. Previously hidden but ever-present structural violence brings to the forefront the need to re-evaluate a social contract that goes beyond compensation and management. Our expectations of the social contract with the social justice organisations that we build, and contribute to, have evolved. What this means is that there are increased calls for these organisations to put emphasis on their work of contributing to a just and well society, both inside and outside them.

Social justice organisations across the globe are very proficient at articulating values that speak to politics reflective of the kind of world that is equal and just. However, these very organisations are spaces where multiple systems of oppression often play out (in terms of race, gender and other marginalised identities). Their inability to give equal focus to living and aligning their values internally, as well as externally, is often at the heart of what sustains toxicity, burnout and the exclusion of particular groups within these ecosystems. As many of us know by now, through the many accounts from different people within these spaces, it has led to certain groups of people feeling silenced, ‘not seen’, or valued; and many people have spoken about accumulating traumas within organisations.

All this to say that we already know better, so we need to do better. In other words, organisations have to take seriously and prioritise the work of aligning their values and politics with their practice; what many of us refer to as ‘walking the talk’. To do so requires doing the tough work of interrogating what different people are experiencing and why; and being courageous enough to work through the wounds that exist within our own organisational ecosystems. It means taking to the surface both the formal and informal ways the organisation functions; and building the muscle to deal with difficult issues. At the same time, support and space are needed to support different parts of the organisation to participate in interrogating, co-creating and then actually practicing new ways of working. If we continue failing to step up to this challenge, we will have to own up to our complicity or inaction in addressing the emergent issues of our time. Because, for real change to occur, these organisations too have to answer the collective call for greater accountability to wellbeing, fairness, and transparency within their ecosystems.

Whose Knowledge? and the centering of practice as part of the work

The work on practices in Whose Knowledge? is grounded in the campaign’s politics, linked to the centering of plural ways of being, knowing and doing.  Most people prefer using the framing of organisational culture, which refers to how things are done within their ecosystem.  However, organisational politics goes further in looking at the ways that power, people, processes and practices interact; to advance the visions and dreams of an organisation. Whose Knowledge? doesn’t call itself an organisation, instead rooting its feminist politics in the urgency and shared community of calling itself a ‘campaign’, but like any team of more than one, it has organisational culture!

In January 2022, I joined Whose Knowledge? as the Director of Organisational Design and Practice, in an explicit move to ground the deep and often difficult work of building the campaign from the inside out. The appointment is an intentional act to align both the formal processes with informal practices. In other words, to work through “undiscussable issues” that could potentially become invisible forces that hinder the climate of the organisation. Up until 2022, WK? has been working on practice as a small team of 4-5 people, including through consultations with someone we called an ‘organisational therapist’, Mandisa Mbaligontsi.  However, with the growth of the collective this year, it became even more critical to be in integrity with shared practice as we grew, to be consistent in how we did it together (rather than just being led by a few folks), and to have someone hold the deep intention of this work with experience and expertise in ways that we hadn’t explored before.

Before I joined, a friend of the organisation’s, Mandy Van Deven, had held conversations within the team of ‘what needs to shift or transform in order for the team to work in greater alignment with who and how WK? wants to be?’.  This enquiry (completed in late 2021) did surface things that were working such as the practice of an organisational ethic that is feminist, egalitarian, reciprocal, and based on operational not authoritarian hierarchies (sometimes called feminist hierarchies); as well as a commitment to creating a culture that is caring, and working with radical honesty and love. At the same time, the team expressed a desire to go deeper into issues such as strategic focus, collective politics, and burnout and workloads.

In the first quarter of 2022, at a Whose Knowledge? team retreat in Costa Rica, we deepened the enquiry into practices. The team articulated clearly that the ways they want to work and relate to each other should include shared connection to the meaning of the work, deep personal connections and working with feminist fun and joy. Similarly, to work with the spirit of love, joy and collective care as a shared political act.

The team retreat delved deep into several issues related to practice, including:

For the team, there is a deep desire to stay connected to our why and our who. In other words, the very communities whose knowledges we are striving to center, to be aware and move beyond the rhetoric of “partnership” or “working with our communities”.  The team in practice reiterated a need to be in conversation with communities about what the relationship means, to consider and surface power dynamics in relating to communities, and to navigate it with honesty and complexity. Bringing communities into the conversation on practices quite early on was a signal from the team to constantly make the links between the internal and the external practice.

Some issues that surfaced again were the persistent sense of being overwhelmed, running behind, trying to catch up; and not having enough space to rest, think or even be creative. The issue of burnout and fatigue was something that has been present for a considerable amount of time in the team. In fact, prior to the retreat, during the launch of the State of the Internet’s Languages (STIL) report, several core team members were down with COVID, while still pushing to organise the event. This is an example of a syndrome that is present in many social justice organisations: where the work environment expresses the politics of care, however, the reality of needing to get the work done often means that this political principle is mostly unfulfilled. In the conversation in the team, members shared the difficulties in asking for ‘rest’ when they see their other colleagues as tired as them; thus fearing that their need is not as important because the result might be that someone else has to carry their workload. We, therefore, expressed the need for greater attention to the formal mechanisms (policies and resources) as well as processes that allow for sharing and surfacing of the tensions and challenges in making rest and spaciousness a lived reality for the whole team. This has led to the development of a sabbatical policy for WK?, as well as an ongoing practice of articulating our rest and restoration practices.

#3 Radical honesty and love vs. power

There was an open acknowledgement by team members that they love being part of Whose Knowledge?, its politics, and what it strives to be internally as well as externally.  As in many other organisations, issues of power and people’s relationship with and to power often impacted the actual practice of radical honesty and love. Issues of power, linked to potential personal vulnerability, were identified as potential inhibitors to truth-telling in the organisational space. The team noted that deep trust and connection are important enablers to facilitate a practice of radical honesty.

Notwithstanding the challenges highlighted, the team made the commitment to work on this area of practice; and create shared organisational protocols and support to deepen truth-telling. This facilitation has to acknowledge that everyone is at a very different stage of their ability to express or speak out about what they are experiencing or need from the rest of the team.

Where to from here?

For Whose Knowledge?, the journey has been ongoing and will continue. As a team, we will continue to celebrate our little milestones such as a culture of acknowledging every person in the team, a set of wellness practices, and a team that is deeply committed to doing the work.

In the coming months, we will continue to work on policies related to Rest and Restoration, and challenge ourselves to have difficult and courageous conversations. We are learning that practice is not something we only talk about, but something that we do consistently. This has to be accompanied by reflection, interrogation, and co-creation of the parts that we do well in our practice and the parts we can do better at, so that we can be in integrity with our commitment to do the work from the inside out. All this is because of our recognition that the power of our practices can make or break our collective, and this in turn will affect what we are trying to do in this world. 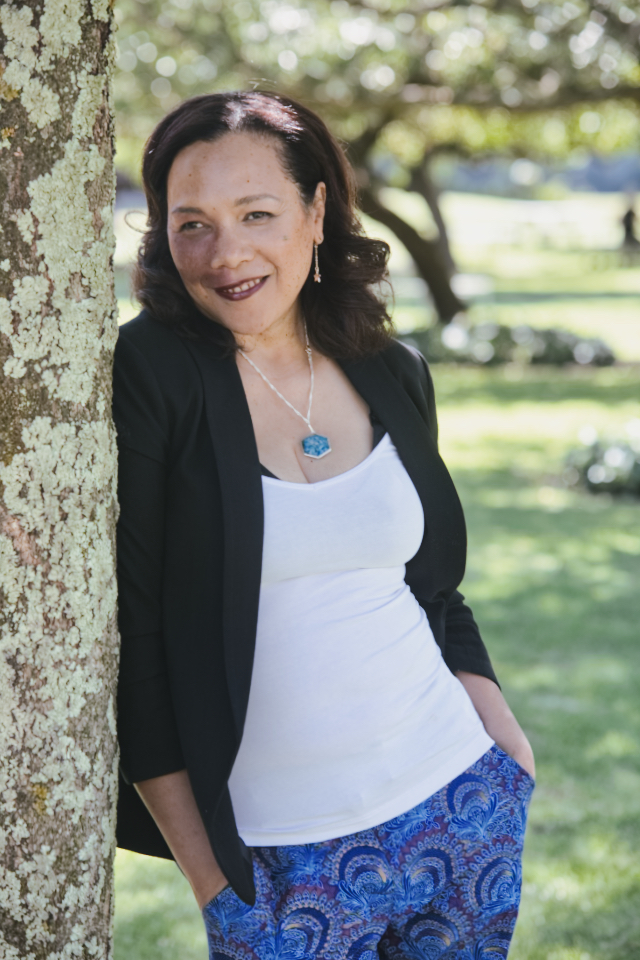 Shamillah Wilson is a South African feminist, wellbeing coach and process architect. She has worked across the continent and globe, establishing strong networks in the area of women’s rights and social justice.

Shamillah Wilson is a South African feminist, wellbeing coach and process architect. She has worked across the continent and globe, establishing strong networks in the area of women’s rights and social justice.