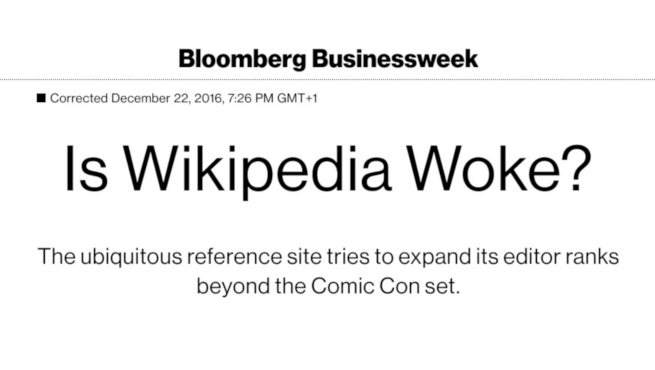 “While attending a conference for African Wikipedia editors in Johannesburg in 2014, Sengupta, who hadn’t written an article for Wikipedia before, decided to try solving the problem more directly. She opened up her laptop and started pecking out an article about Adeleye-Fayemi, whom she’d met at a handful of women’s-rights conferences. “As a philanthropist, she was very notable,” says Sengupta. Wikipedia rules require that all entries be about “notable” topics and every assertion be backed up by a reliable secondary source. This can be problematic for figures who aren’t well-known in the U.S., but Adeleye-Fayemi had been covered in the Nigerian press, and Sengupta included 11 footnotes in her first draft. She hit publish.”

By Dimitra Kessenides and Max Chafkin

Back to Publications
Back to All Media