A Farewell to #VisibleWikiWomen 2021: Stories and Reflections

#VisibleWikiWomen 2021 has come to an end. In these nearly three months of the campaign, together with our partners and communities, we walked a road full of new challenges, creative ideas, collective and feminist brilliance and dazzling images of women from all over the globe.

The Covid-19 global pandemic impacted us, our partners and communities, and  #VisibleWikiWomen in so many ways. In particular, it affected mass uploads of images from GLAM institutions and some of our Wikimedia partners. It also hindered the participation of many communities, especially those from the Global South, who have been disproportionately affected by the pandemic.

This challenging, alarming and often exhausting reality required a lot of creativity and resilience from us and our communities. We relied on the wisdom of our feminist friends and partners from the Association for Women’s Right and Development (AWID) to choose a campaign theme that inspired and encouraged us which was

“Feminist Realities: Living Our Resistance and Our Liberation”

We focused on celebrating the women/trans/non-binary people who create our feminist realities by living our resistance, dismantling systems of power and privilege and seeking liberation and justice for all.

The #VisibleWikiWomen 2021 brought over 1700 images to Wikimedia Commons, illustrating pages in 38 different Wikipedia languages. These numbers, however, don’t tell the full story; in fact, no one better than our friends and partners who joined the campaign to share what #VisibleWikiWomen meant to them and their communities. We invite you to be inspired and learn with and from the women who created their own feminist realities even amidst a global pandemic.

Meet Catalina Gutierrez, Justina Aina, Modak Basudha, Ruby Damenshie-Brown, and Selva Mustafa, who will join us in telling the story of #VisibleWikiWomen 2021.

Effervescent British-Nigerian womxn. As an actor, maker, vocalist, poet and producer, Justina Aina is driven by delving into inimitably fresh stories and reintroductions of works that should be given way more flowers, both online and offline.

Engineer by profession and a passionate educator from South Africa. Modak Basudha works to build a community of women whose stories are heard and recognised. She is an advocate for a more progressive society where all voices are heard and acknowledged.

Gender advocate and passionate about open education and open knowledge. Ruby Damenshie-Brown works at the Open Foundation West Africa (OFWA), where she promotes open access in education through different initiatives in Ghana, her country of origin.

Member of the Elephants Trail (a group funded by Lankelly Chase) and haematologist by profession. As a marginalised person from Greater Manchester UK, Selva Mustafa has a real zeal to get other voices heard so people can live fulfilling lives in healthy working environments.

Empowered by our feminist realities theme, we made an extra effort to center our Global South communities during this edition, especially those based in the African continent. We hired our first Africa-based coordinator, Pamela Ofori-Boateng to support our existing African partners  and bring new participants to the campaign. As a result, we have increased the number of images portraying African women during this campaign, in comparison to previous editions.

We also supported collective learning experiences by leading and co-leading workshops on how to upload images to Wikimedia Commons. We co-hosted two online workshops with our partners AWID and World Pulse, both international feminist networks, and facilitated a workshop series in the Greater Manchester Narratives Lab, a culture hack and knowledge justice process.

The majority of the participants attending these events had never uploaded an image to Wikimedia Commons, and many had not heard of the Wikimedia movement and its efforts for open knowledge. Each step of the process was new to them. Catalina Gutierrez explains that her peers discussed in detail what the suitable description for an image could be, in both English and Spanish.“Once we uploaded the image, we looked it up and it appeared in the search engine. It was a happy moment for all of us,” she said.

For the first time this year, we have piloted the idea of directly supporting organizers on the ground with financial and technical resources, in addition to the knowledge resources we had offered in the past. At the end of our campaign, our local organizers hosted six national-level #VisibleWikiWomen events online: four in Africa (Ghana, Kenya, Rwanda and Tanzania), and two in Latin America (Argentina and Uruguay). Besides creating and increasing capacity and technical skills, these events and workshops served as opportunities to reflect on the gender gap in Wikipedia and its impact on the broader internet.

During these online workshops, participants engaged enthusiastically during breakout sessions:

“One top technical learning from the workshop was the ability of the team at Whose Knowledge? to communicate the problem or gap and how the campaign seeks to address this gap and then going on to building the capacity of participants by providing them with hands-on experience to upload their own image on Wikimedia Commons. Incorporating breakup rooms to facilitate this process ensured that all participants received the necessary support. This is key and something that I think I will incorporate in future when hosting similar workshops.”

The level of energy with which members joined each activity shows a glimpse of the importance of initiatives for visibility. “It is my life’s mission to make sure more women are heard and that there are more of us in decision-making roles in every committee globally,” said Modak Basudha, from World Pulse.

In yet another pervasive effect of inequalities, online spaces like Wikipedia perpetuate gender gaps in their content. As little as 20% of biographies on the website — which remains one of the most accessed on the internet — represent women, and even fewer biographies have profile pictures illustrating them. The gender gap on Wikipedia runs deep and goes beyond the underrepresentation and invisibility of women in the content. Wikipedia’s contributors are also majoritarily white men from countries in Europe and North America with only an estimated 10% of editors self-identify as female.

#VisibleWikiWomen takes a stance against such forms of epistemic injustice, through which women’s contributions remain overlooked and marginalized communities’ knowledges ignored. Ruby Brown praised the initiative as a response to the gap. “[It] empowers many women across the globe to help push this agenda and improve the narrative,” she said, after attending a workshop organized by World Pulse and Whose Knowledge?.

“The campaign encourages women to be an active part of History, being the protagonists and directing an accurate representation of their actions through the shared texts and images,” said Catalina Gutierrez, who attended the same event.

Justina Aina, after a workshop with the Greater Manchester Narratives Lab, said:

“Having [women’s] stories captured and links to deepen the knowledge is so important as, most of the time, the women mentioned don’t honk their own horns. It is also a way to ensure that societal improvements and provocations can be tracked to their sources and people are able to keep hold of their narratives.”

Overcoming challenges and learning together

In our second year campaigning amid Covid-19, our communities, partners and allies still felt the dire consequences of the pandemic, as noted by Modak Basudha. “The regulations here have reduced my physical contacts as often as I liked, but even slowly the work still goes on. And I will remain forever grateful for the workshops to guide me on a vision I had.”. New outbreaks and virus variants emerged, amplifying the inequalities between the Global South and the North in terms of access to aid, vaccines, health care, economic and social support. Under these circumstances, it has been hard for many members of our networks to invest energy and time in campaign organizing at a local level.

In spite of that, many participants took their first steps editing Wikimedia Commons at the #VisibleWikiWomen workshops, while others were amazed by the possibilities for production and collaboration:

“One technical thing I learnt was how to edit in Wikimedia Commons. I hadn’t even heard of Wikimedia Commons and now I know how it works. I have a whole different perception of Wikipedia where I thought anything could be edited easily and without checks, now I know!!”

As a result of the campaign, over 40 new editors joined the Wiki community and we expect more will continue joining. Participants are likely to share with their communities what they have learnt, as Selva Mustafa told us. “I will also share what I have learnt with my other colleagues because this kind of thing needs to be spread and they are ideal candidates for this!”.

Our hopes and dreams for #VisibleWikiWomen 2022

In the coming year, we are eager to further support the leadership of our partners and communities to host their own #VisibleWikiWomen events, especially by creating more multilingual and multimedia resources for the campaign.

We are looking forward to partnering with more feminist networks and GLAM institutions from the Global South, to create safe and joyful spaces for our communities to learn about the wikiverse and reflect about knowledge justice and the gender gap in Wikipedia.

As Justina Aina said, when asked about how she felt participating in the campaign:

“It makes me feel hopeful to see the growing number of women on Wikipedia and the wider internet.”

We, too, feel hopeful thinking of a future where women are truly and fairly visible and celebrated online. We are deeply grateful to the many individual participants, partners and communities, who have joined us this year in giving yet another step towards this shared future. 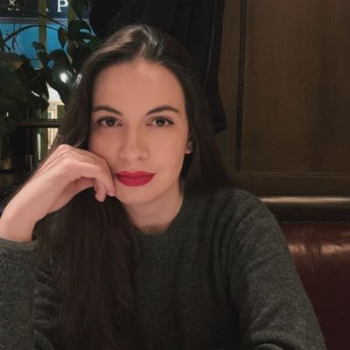 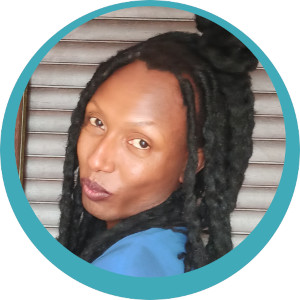